In kindergarten it was Mark, in first and second it was a girl whose name I can’t remember, in third I didn’t have one, in fourth and fifth it was Kristyn, in sixth it was Noel, in seventh it was Chelsie, in eighth it was Caitlin, and in Ninth is was first Cheznay, then Sarah. Cathleen came later.

These are all the people I’ve ever truly considered my best friend. As I was typing them out, I realized how many I’ve had. Is this normal? But In elementary moving grades didn’t always keep me with my best friend, and in seventh I was at an entirely new school.

But I’m here to single out one in particular.

Ninth grade; a fish, finally in high school. Going to a private school that taught most grades meant I saw the same people every year with a new addition here and there. Our class size was small. Tiny. I went into my first day of ninth grade and sat with my other fellow ninth graders. There were about five new students.

There was this small girl with Princess Leia buns who spoke with a voice like a mouse.

Teacher, “Where did you go to school before?”

Her, “I was home schooled.”

We snickered as we said, “omg Amanda!”

Sometime in the first semester me and this girl decided to hang out outside of school. We saw a movie and grabbed smoothies afterward. This is where the almost friendship takes a sharp turn.

She accidentally spilled her entire smoothie in the backseat floorboard of my mom’s new car. We clean it, take her home…and my mom proceeded to make me clean the back of the car twenty time because she can still smell the smoothie. She’s mad, and I’m mad because I didn’t even do it.

I was mad enough to decide I didn’t want to be friends with this weird, not in a good way, girl.

I then stopped sitting with her in art class, thus becoming better friends with a girl named Cheznay.

Fast forward a bit. I’ve gotten over the smoothie incident, but now I’m trying to sit with the “bad” kids at lunch, but this girl comes and sits with me and eats her little apple and sandwich, like I wasn’t trying to be cool with these kids or something.

The next semester my then best friend decides it’s a good idea to take this girl under her wing. I notice the two of them getting closer. They’re hanging out with out me. They have inside jokes.

So, I did the only thing I could do, I got in between them. We finally became friends and soon, the best of friends. She later told me how she thought I was a snob and that she didn’t really want to be my friend either. Well, turns out she was weird and I was a snob and in the universe those two features in a personality work better than expected.

In case you don’t remember first paragraph of this post, my second best friend in ninth grade was named Sarah.

Teacher’s started calling us “the Arah’s.” 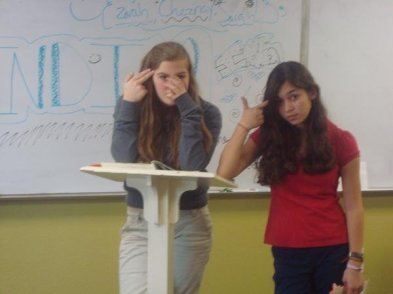 We’ve been through our best and worst moments together.

She’s thrown water in my face because I had my feet over on her side of the couch. I’ve stopped talking to her for eight months because of anger. She forced me to drive to New Caney for the first time, which resulted in me freaking out every time the GPS said, “RECALCULATING.” I’ve taken her with me to SeaWorld where she believes I “ignored” her for my family.

I’m currently brainwashing her son to love me the most out of all her friends.

A lot of friends have forgotten about me, a lot of best friends have move on to better things, but Sarah’s pretty much stuck with me.

And yes, I still bring up the smoothie incident, because it was so not cool.

Moral of the story: If you don’t like a person and then only form a friendship with them because of jealously, you don’t actually have a best friend.

But really, that’s probably just me. 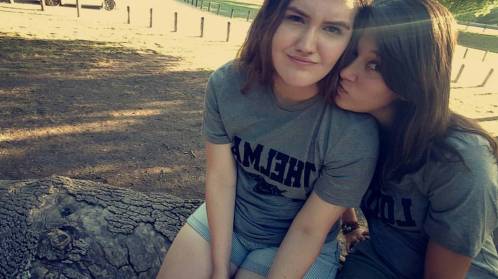 One thought on “Snippets | First Impressions”